Okay, so let’s be real – if we’re magic fans, we’re usually geeks of some kind.

Personally, we’re both big fans of Star Wars and while the new movies can be a divisive a topic as politics, we really enjoyed one movie in particular:

…during the card game ‘sabacc’ played against Lando Calrissian.

Now here’s something you might not have known, one of the aliens playing at the card table, see the picture below: 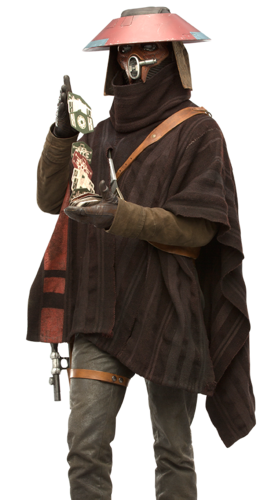 Known as ‘Saucer-Head’ was played by none other than our friend and magician Steven Bridges in the movie!!!

All that to say – Steven Bridges is a magician with chops who’s done everything from grueling everyday street magic, to performing and consulting for a Star Wars movie.

We speak with him each and every week, and we’ve become good friends.

Click here to listen to some of the things we’ve learned from him: